Ubi Libertas, Ibi Patria (Where Liberty Is, There Is My Country)

Posted by Mitchell Langbert at 5:12 PM No comments:

Labels: american decline, ibi patria, relocation, there is my country, Ubi libertas, where liberty is 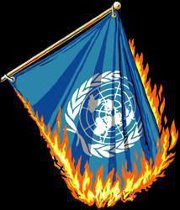 Plan for a Pro-Freedom Retirement Community in Latin America

I recently mailed this idea to the president of a leading retirement and healthcare real estate investment trust here in the U.S.  The idea is to develop planned communities for Americans in lower cost countries that have more freedom than the United States.  Chile and Uruguay are prime candidates, but as America becomes increasingly unstable and socialistic, places like Nicaragua, Panama,  and Nevis are also candidates. The proposal is as follows:

I'm a college professor in New York who is a former Sunrise shareholder and has recently bought 100 shares of HCN.  I'm also a former employee-benefit-plan administrator in industry and have published on pension-and-ERISA issues and healthcare reform.  I have an idea for you, and I am happy to discuss it further.  The idea is to transfer what you're doing here to Latin America and the Caribbean (e.g., Uruguay, Chile, Costa Rica, Panama, and Nevis).

The model I'm suggesting is this:  A host country-based healthcare facility surrounded by a high-end retirement community.  The idea includes three or four elements:

1. There will be increasing instability in the United States due to monetary-and-fiscal policy. This will make a second, foreign residence attractive to affluent retirees who may be interested in basing part or all of their retirement portfolios in another market-based economy as well as in alternative citizenship and residence that will diversify citizenship risk.

3. The cost of living in Latin American countries like Costa Rica is advantageous and can draw Americans threatened by inflationary monetary policies and a declining social security system. This may open large new markets for your organization.

4. Many Americans might be interested in relocation as a way to economize and enjoy life in a new environment, but they are deterred by the uncertainty, bureaucracy, and language barriers of relocation.  A systematic approach that would provide turnkey relocation support and services to Americans who wish to relocate but lack the initiative could open new markets.  In effect, an organized approach can replace the transactions costs of individuals' dealing with visas and the like with an organized approach.  These services could extend to citizenship applications, opening bank accounts, assisting with relocation, and language instruction.
Posted by Mitchell Langbert at 1:48 AM 3 comments:

Why I Do Not Support National Review Conservatism

I am in receipt of your fundraising letter of November 30.  I did contribute to National Review once or twice, but I have since concluded that the Buckley brand of conservatism has contributed to the nation's ongoing decline.  I have two chief reasons for reaching this conclusion.

First, the lesser-of-two-evils voting strategy creates a Hegelian dynamic whereby a left-wing thesis confronts a conservative antithesis.  The conservative antithesis is an argument for no change, while the left-wing thesis is an argument for socialist change. The outcome is an incremental socialist (Democratic Party) or fascist (Republican Party) trend, and your lesser-of-two-evils voting philosophy has contributed to it.  American conservatism is unique because of William Howard Taft Progressivism, but it still leads to fascism.  Instead, there needs to be a pro-freedom thesis, or better yet, an elimination of the Hegelian model altogether because it is superstitious. At this point in history, only a radicalism alien to your Taft conservatism will be successful in reversing the totalitarian trend.

Second, your brand of conservatism does not aim to reduce or even to limit government, despite your and the GOP's protestations.  The expansion of government is an outcome of two interactive factors: the brokerage of coalitions of special interests and the unending availability of Federal Reserve Bank counterfeit.  The brokerage of coalitions inexorably pushes elected officials to expand government, and the Fed's unlimited monetary expansion power makes expansion possible.  You favor the Fed's unfettered monetary creation power, and you do not offer an alternative to democracy's brokerage of special interests, a brokerage recognized and heralded by Herbert Hoover, as William Appleman Williams describes in his Contours of American History.

I have concluded that I have as little common ground with your publication, William Howard Taft Progressivism , the GOP, and neoconservative fascism as I do with the Democratic Party and their more thuggish version of socialism.
Please remove me from your mailing list.