Kitco has some excellent commentaries.  Darryl R. Schoon discusses the likelihood of a meltdown in the dollar.  He argues that the 1971 devaluation of the dollar and removal of the international dollar from the gold standard led to a fiat currency.  He claims that traditionally fiat currencies last about 40 years, and we are now 40 years into the paper dollar regime.  The result has been trade imbalances, exodus of manufacturing from the US, and inflation. The paper dollar will become worthless in his view and the reverse will occur for hard assets. The collapsing dollar will lead to volatility and the markets will find a stable replacement for the dollar, likely gold or silver.  He predicts $3,000 to $10,000 gold.  He also argues that gold is no more volatile than tech stocks. Schoon claims that there are five stages of a gold bubble and we are in the fourth stage, where there is increased volatility.

Although I don't put much faith in the Fed or Chairman Bernanke, his message suggests volatility indeed.  Before I summarize his speech as depicted in Bloomberg, notice that silver has lagged gold and that commodities like agriculture and the general commodity index have not increased to the same degree.  One claim may be that current demand for gold is caused by its monetary qualities, that some investors are now viewing gold as money.  However, it is also true that the dollar has gone through a period, in my opinion a temporary period, of strengthening. The dollar has gotten stronger because of risk aversion directed toward the global credit and banking collapse (especially including Greece, Portugal and Spain) and because of the collapse in bubble credit here in the US.

Bernanke's talk today as reported in Bloomberg led to nearly a one percent fall in the Dow and the S&P 500. Bernanke indicates that the Fed is planning to raise interest rates, which will have a depressing effect on the stock market.  Bloomberg quotes Dean Maki, chief US economist at Barclay's Capital:

"'The Fed is not close to implementing additional stimulus.'  Expectations for additional steps were based on 'more hope than fact.'"


There is little doubt that the Fed will keep interest rates close to zero.  But continued weakness in the economy creates a logical problem.  If the Fed stimulates inflation increases.  Stimulus also fuels the short-run gold price.  Bernanke aims to begin reducing the amount of stimulus to avoid these risks.  But he risks further increasing unemployment.  The unstoppable monetary collapse meets the unmovable decline in the US economy.

Mr. Schoon is right that in the long term the current monetary regime will fail.  However, international risk and a weak economy suggest a short term strengthening of the dollar.  This could mean fluctuations of gold of 50% or more.  Ultimately, though, the Fed's "printing press" will cause the dollar to crash.  This will result in increasing commodity prices.

If you are worried about long term monetary instability, commodities other than gold might be better holdings right now.  For example, the DBC, Dunn & Bradstreet Commodity Index and the DBA, Dun & Bradstreet Agricultural Index, have hardly risen since 2008.  Moreover, silver, which can be purchased through SLV, the I-Shares silver trust, can be purchased to take advantage of silver's monetary characteristics.  The claim that gold's price increase is due to its monetary characteristics rather than short term speculation is contradicted by the relative lag in silver's price increase.  If you are hedging for a monetary skid or collapse, SLV might be a better bet than gold for now. 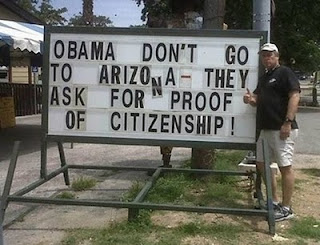 Posted by Mitchell Langbert at 1:36 AM No comments: 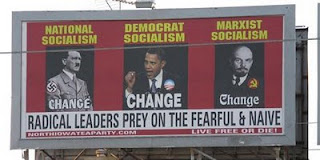 Shailagh Murray published a story about Rand Paul's proposal for a tea party caucus in the Washington Post today. Murray reports that the extremist wing of the Republican Party fears the caucus because:

"Voters who don't want to privatize Social Security or withdraw from the United Nations could begin to see the tea party and the Republican Party as one and the same."

Hopefully the tea party caucus will begin to educate Americans as to the Lockean foundation on which the nation's success rests and why Social Security and the United Nations are impediments to further success. In the meantime, the extremists of both parties, the socialists, have grabbed ever more power with support of media, which they control.

When advocates of failed socialist ideas, such as the Democrats and Rockefeller Republicans, use the word "extremist", they utilize a propaganda tactic. The extremists are in the White House, Congress and the Supreme Court, not in the Tea Party. The extremists in power, the Democrats and Rockefeller Republicans, advocate the use of state violence to transfer wealth to Wall Street, government employees and commercial banks, and to steal private homes on behalf of corrupt developers.

The article points out, then, that the extremists in the GOP, who control the Republican National Committee, fear the ascendency of the Tea Party moderates:

"Former Senate majority leaderTrent Lott (R-Miss.), now a D.C. lobbyist, warned that a robust bloc of rabble-rousers spells further Senate dysfunction. 'We don't need a lot of Jim DeMint disciples,' Lott said in an interview. 'As soon as they get here, we need to co-opt them."

It thus has become imperative to view the RNC as in league with the Democrats. It is also important to understand that the motives of the extremists in the GOP are not just to win elections but also to serve the special interests to which both parties have cater: Wall Street, commercial banking, large industrial concerns and government employees.

The most interesting part of the article concerns the above billboard.  I had posted a similar series of photos on April 18.  DNC Executive Director Jennifer O'Malley Dillon said "Republicans keep saying that they aren't extremists -- but they keep doing things like this." But it is Dillon who is the extremist.

The Democrats advocate an irresponsible and failed view, socialism.  Socialism was the philosophy of both Stalin and Hitler. There is nothing extreme about comparing people like Obama and Dillon to Hitler and Stalin. They advocate comparable policies.
Posted by Mitchell Langbert at 3:06 PM 3 comments:

My friend Candace de Russy makes interesting points on Big Journalism.com. De Russy observers that former Justice Department attorney Christian Adams has repeatedly brought to the media's attention shocking revelations that the Obama administration has instructed lawyers to disregard cases involving white victims and black perpetrators; has insisted that the DOJ's election law division NOT enforce voter fraud laws particulary concerning fraudulent voting by non-citizens; and "is now considering a submission by Ike Brown, a Democratic Party Chairman in Mississippi, to run elections in Mississippi, even though a federal court already stripped him of that authority after he victimized minority white voters and otherwise prevented people from voting based on their party loyalties."

All of this smacks of racism in the Obama administration, which is not news.  Obama's followers are left wing brownshirts. But the story had some synchronicity with a book I'm reading, Book One of St. Augustine's City of God.

Augustine, originally from North Africa, wrote in the last years of the Roman Empire. His arguments in Book One oppose the claim that Rome's adoption of Christianity led to Alaric's sacking of the city and the Empire's ultimate fall.  Augustine argues that self indulgence led to Rome's fall.   Here and now we have a president elected on the basis of public whim and hysteria who adopts socialist policies that repeatedly have been associated with decline.  America's self indulgent prosperity sounds something like the prosperity that Augustine argues led to Rome's fall (Book I, chapter 31):

"And greed and sensuality in a people is the result of that prosperity which the great Nascia in his wisdom maintained should be guarded against when he opposed the removal of a great and strong and wealthy enemy state. His intention was that lust should be restrained by fear, and should not issue in debauchery, and that the check on debauchery should stop greed from running riot. With those vices kept under restraint, the morality which supports a country flourished and increased, and permanence was given to the liberty which goes hand-in-hand with such morality."

While the construction of theaters, one of Augustine's concerns, does not trouble me the decline in American morality does. The nation no longer takes democracy or the moral principles on which democracy depends seriously.  Part of the problem is the decline of public debate because of the poor quality of the most popular media outlets.  Just as with Rome, American decline is a long process.  It began more than a century ago and is accelerating.

Mr. Obama is hardly of interest to me at this point.   I do not doubt that his administration is ugly, corrupt and stupid, nor do I doubt that the media that whisked him into office is dysfunctional and destructive.  None of these institutions are worth worrrying about because they are not worth saving.  America must be reconstructed from the bottom up.  We are living in the days of American democracy's well-deserved collapse.
Posted by Mitchell Langbert at 4:56 AM 2 comments: