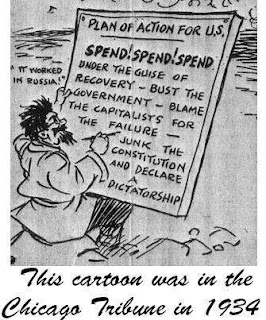 H/t Dennis Blankshine and Amanda Panda on Facebook. Left Click on picture to enlarge.
Posted by Mitchell Langbert at 1:23 PM No comments:

Under Executive Order of the President 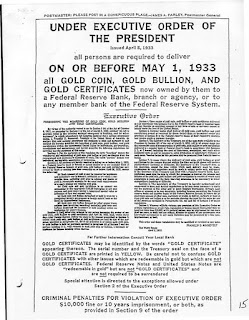 H/t James M. Debrango on Facebook. Left click on image to enlarge.
Posted by Mitchell Langbert at 1:02 PM No comments:

Why Pro-Freedom Voters Will Reject the GOP in 2012

The question an American voter needs to ask is, "Do I support a centrally planned, government directed economy, or a free market?"  The two major parties are committed to big government and central planning; if you oppose socialism, voting for either major party is a wasted vote.  Although Herman Cain pleads otherwise, three facts suggest that he is lying, just as other Republican candidates, including Ronald Reagan, have lied, about their commitment to freedom.

First, Cain continues to support the $2 trillion TARP  bailout (see video below).  He objects to its execution, but not its intent.  Second, Cain was a president of the Kansas City Federal Reserve Bank.  His intimate involvement with the biggest and most sensitive of government institutions renders his claims of being in favor of anything other than socialism suspect.  The days when Milton Friedman could call himself a libertarian and still support the Fed are passed. You either support freedom and liberty OR support the Fed--there is no middle course; the same choice was evident to Jacksonian Democrats with respect to the Second Bank of the United States.  Third, Cain has not brought to the fore concerns about the $16 trillion Fed asset purchases and up to $30 trillion monetary expansion ($3 trillion in  the past three years, with a potential expansion by banks through fractional reserve banking to $30 trillion).  These steps are more significant than Obamacare; Cain's avoiding their discussion camouflages his socialism.


Since the Civil War the federal government consistently has increased the scope of its central planning and government intervention. The leading party with respect to this trend until the 1930s was the GOP, especially Abraham Lincoln and Theodore Roosevelt.   A segment of the GOP became a force for small government because of the Civil War's forcing former northern Democrats (who were the limited government party at least until 1896) into the GOP.   Other reasons Republicans became associated with advocacy of limited government were the Democratic Party's backing of Populist William Jennings Bryan in 1896 and Franklin Roosevelt's New Deal in the 1930s.

The only way to resolve the intense conflict within the GOP is for those who favor freedom to bolt. The reason is that the GOP has become so extreme in its socialism that it has supported literally handing the entire economy to control of failed banks.  The economy amounts to $14 trillion; the subsidies to banks potentially amount to tens of trillions.

There are other reasons as well. First, Republican support for radical environmentalism, such as the extremist UN Agenda 21 that the George H. Bush administration signed. Second,  Richard M. Nixon's termination of the gold standard. Third, George W. Bush's tax and spend policies such as his prescription drug plan and the bailout.  Fourth, the failure of the GOP to reduce the size of government under Ronald Reagan or the Newt Gingrich Congress. This failure occurred during years when the GOP controlled all three houses of Congress.

Only two candidates now support a pro-freedom platform.  These are Ron Paul and Gary Johnson. The cause of freedom will be better furthered by reconstructing the Republican Party into a pro-freedom party.  This would undo the damage that the Rockefeller Republicans, with the support of The New York Times and talk radio, have done to the small government strand within the GOP.

It is more important for those who support freedom to now aim to reconstruct the GOP.  The choice between socialists like Romney and Cain and a socialist like Obama is no choice--voting for any of the alternatives to Paul or Johnson is a wasted vote.


Posted by Mitchell Langbert at 1:44 AM 3 comments:

How Iceland Defeated Its Bankers

It's not rocket science. Just let them fail.  None of the chief Republican candidates other than Ron Paul and Gary Johnson opposed the largest step toward socialism since another Republican, Richard Nixon, abolished the international convertibility of dollars into gold: the Bush-McCain-Obama bailout of Wall Street.  H/t Peter C. Bisulca on Facebook.

Posted by Mitchell Langbert at 12:13 AM No comments:

Some Thoreau quotes from Walden and Civil Disobedience that I recently assigned to my senior seminar class:


a. "I learned this, at least, by my experiment: that if one advances confidently in the direction of his dreams, and endeavors to live the life which he has imagined, he will meet with success unexpected in common hours.  He will put something behind, will pass an invisible boundary; new, universal and more liberal laws will begin to establish themselves within, around, and within him...In proportion as he simplifies his life, the laws of the universe will appear less complex, and solitude will not be solitude, nor poverty poverty, nor weakness weakness.  If you have built castles in the air, your work need not be lost; that is where they should be. Now put the foundations under them."(Walden, p. 256.)

b. "Why should we be in such desperate haste to succeed and in such desperate enterprises? If a man does not keep pace with his companions, perhaps it is because he hears a different drummer.  Let him step to the music which he hears, however measured and far away.  It is not important that he should mature as soon as an apple tree or an oak. Shall he turn his spring into summer? If the condition of things which we were made for is not yet, what were any reality which we can substitute?" (Walden, p. 258.)

c. "However mean your life is, meet it and live it; do not shun it and call it hard names.  It is not so bad as you are.  It looks poorest when you are richest. The fault finder will find faults even in  paradise.  Love your life, poor as it is." (Walden, p. 259.)

d. "I would not be one of those who will foolishly drive a nail into a mere lath and plastering; such a deed would keep me awake nights.  Give me a hammer, and let me feel for the furring.  Do not depend on the putty. Drive a nail home and cinch it so faithfully that you can wake up in the night and think of your work with satisfaction--a work at which you would not be ashamed to invoke the Muse.  So will help you God, and so only. Every nail driven should be as another rivet in the machine of the universe, you carrying on the work." (Walden, p. 261).

e.  "The American has dwindled into an Odd Fellow,--one who may be known by the development of his organ of gregariousness and a manifest lack of intellect and cheerful self-reliance, whose first and chief concern, on coming into the world, is to see that the alms-houses are in good reapair; and before yet he has lawfully donned the virile garb, to collect a fund for the support of widows and orphans that may be; who, in short, ventures to live only by the aid of the mutual insurance company, which has promised to bury him decently...It is not a man's duty, as a matter of course, to devote himself to the eradiction of any, even the most enormous wrong; he may still properly have the other concerns to engage him; but it is his duty, at least, to wash his hands of it, and if he gives it no thought longer, not to give it practically his support..." (Civil Disobedience, p. 7.)

f. "...any man more right than his neighbors, constitutes a majority of one already." (Civil Disobedience, p. 10.)

g. "Under a government which imprisons any unjustly, the true place for a just man is also a prison. (Civil Disobedience, p. 11.)

h. "A minority is powerless while it conforms to the majority; it is not even a minority then; but it is irresistible when it clogs by its whole weight." (Civil Disobedience, p. 12.)

i. "Know all men by these presents, that I, Henry Thoreau, do not wish to be regarded as a member of any incorporated society which I have not joined."
Posted by Mitchell Langbert at 10:03 AM No comments:

Blind faith in Bad Leaders Is not Patriotism H/t Liberty Non-Compliance and Flo Hoffman on Facebook.
Posted by Mitchell Langbert at 6:54 AM No comments:

Ron Paul or None at All 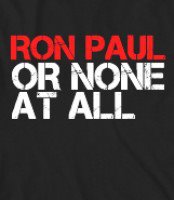 H/t Andrew Nappi and Daniel Parkman on Facebook.
Posted by Mitchell Langbert at 6:48 AM No comments:

1984 Was NOT Supposed to be an Instruction Manual 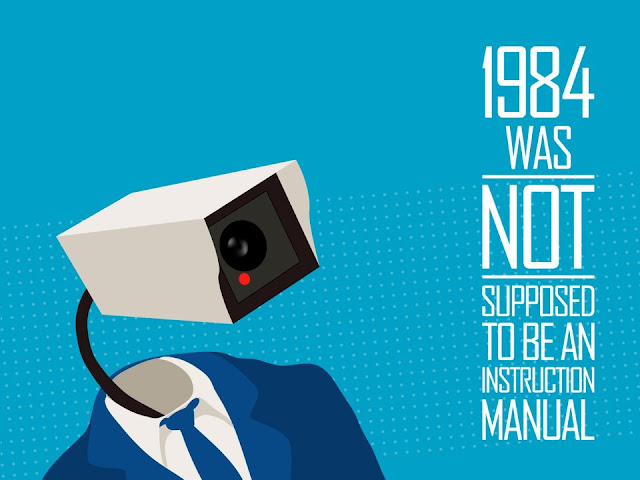 Posted by Mitchell Langbert at 6:38 AM No comments:

Posted by Mitchell Langbert at 10:13 PM No comments:

From Patriot 246:
ATTENTION: IMPORTANT MEETING
Malden Firehouse
Tuesday November 1, 2011
7:00 PM
Topic:
§      A 40 unit rental housing development with a total of 106 bedrooms (Dickenson Keep)
with a
§      $500,000 Projected School Tax Increase for     Town of Saugerties Property Owners
with a
§      30 year PILOT for developer/owner (Regan Development Corporation) to pay $13,000 per year for school taxes.
with
Written support for this development provided by Senator John Bonacic and Supervisor Greg Helsmoortel and the Town Board.
Come, learn more and speak your mind.
Hosted by SACRED (Saugerties Assertive Citizens for Responsible Economic Development)
Posted by Mitchell Langbert at 10:07 PM No comments: