From the Daily Paul site, h/t Mike Marnell. While Paul wants to abolish the Fed, Cain and Romney, looking on, are insiders who have benefited directly from the Fed. Alan Greenspan's record is one of having created the tech bubble that led to his real estate bubble. That is who Herman Cain aims to emulate.  If you like to be destroyed financially, keep voting for Cain and Romney, and listen to the New York Times's moronic comments about Paul's eyebrow.

Posted by Mitchell Langbert at 11:45 PM No comments:

It appears that developers Regan Development Corporation, Dickerson’s Keep LLC, and Orange County Rural Development Advisory  along with Saugerties Town Supervisor Gregory L. Helsmoortel and New York State Housing and Community Renewal Commissioner Darryl Towns, likely funded through HUD, are at their economy-destroying worst in Saugerties, NY.  The townspeople are rightly up in arms at a proposal to build a tax exempt cluster housing that will raise taxes on homeowners.  With double talk of and bogus studies of "shortages" by Ulster County's inept department of economic development,  the town supervisor and developer aim to provide economy-destroying subsidized housing at the expense of taxpayers who have been thrown out of work by excessive taxation.
Saugerties's Darryl Towns and the developers are economic illiterates who have never heard of markets addressing shortages.

The Daily Freeman has posted edited video of the meeting.

Click on the image to see a full size copy. 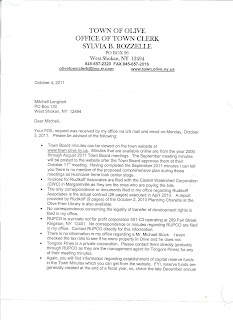 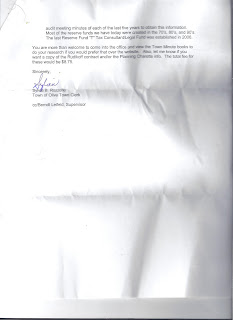 Posted by Mitchell Langbert at 8:48 PM No comments:

From the Communist Manifesto

Karl Marx wrote the Communist Manifesto in 1848.  The following is an excerpt:

We have seen above, that the first step in the revolution by the working class is to raise the proletariat to the position of ruling class to win the battle of democracy.

The proletariat will use its political supremacy to wrest, by degree, all capital from the bourgeoisie, to centralise all instruments of production in the hands of the State, i.e., of the proletariat organised as the ruling class; and to increase the total productive forces as rapidly as possible.

Of course, in the beginning, this cannot be effected except by means of despotic inroads on the rights of property, and on the conditions of bourgeois production; by means of measures, therefore, which appear economically insufficient and untenable, but which, in the course of the movement, outstrip themselves, necessitate further inroads upon the old social order, and are unavoidable as a means of entirely revolutionising the mode of production.


These measures will, of course, be different in different countries.

Nevertheless, in most advanced countries, the following will be pretty generally applicable.

1. Abolition of property in land and application of all rents of land to public purposes.
2. A heavy progressive or graduated income tax.
3. Abolition of all rights of inheritance.
4. Confiscation of the property of all emigrants and rebels.
5. Centralisation of credit in the hands of the state, by means of a national bank with State capital and an exclusive monopoly.
6. Centralisation of the means of communication and transport in the hands of the State.
7. Extension of factories and instruments of production owned by the State; the bringing into cultivation of waste-lands, and the improvement of the soil generally in accordance with a common plan.
8. Equal liability of all to work. Establishment of industrial armies, especially for agriculture.
9. Combination of agriculture with manufacturing industries; gradual abolition of all the distinction between town and country by a more equable distribution of the populace over the country.
10. Free education for all children in public schools. Abolition of children’s factory labour in its present form. Combination of education with industrial production, &c, &c.

The United States has already adopted six or seven of Marx's ten points.  Murdering an American overseas and the Patriot Act are steps toward number 4.  Through the recent bailout of the auto industry, President Obama took steps toward item 7.  President Obama proposed 8.  Nine has been accomplished in part by agribusiness. Agenda 21 proposes to extend item nine.
Posted by Mitchell Langbert at 10:29 AM No comments:

Future of America at the Wall Street Demonstration

H/t Contrairimairi.  I wonder what percentage of the Wall Street demonstrators are as smart as this guy.
.

Posted by Mitchell Langbert at 11:26 AM No comments: