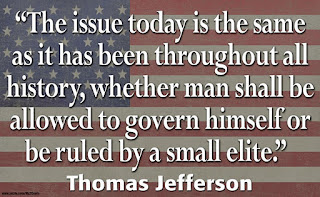 Posted by Mitchell Langbert at 5:52 AM 2 comments:

Posted by Mitchell Langbert at 5:40 AM No comments:

I just received this e-mail from Christina Walsh of the Institute for Justice. This is good news.

“Mississippians and their property are safer today—their homes, farms or businesses cannot be taken by eminent domain simply to be to be handed over to others for private profit,” said Institute for Justice Senior Attorney Dana Berliner.

Mississippi had been one of only seven states that have not yet enacted any type of eminent domain reform since the Kelo decision which took away the homes of seven New London, Conn., families for private development and sparked a nationwide backlash against eminent domain for private gain.  IJ represented Susette Kelo before the U.S. Supreme Court.

“In 2009, Governor Haley Barbour vetoed a strong eminent domain reform bill that passed overwhelmingly by both houses of the state legislature,” said Christina Walsh, director of activism and coalitions at the Institute for Justice.  “Like all typical eminent domain abuse apologists, Barbour claimed that economic growth would screech to a halt if big corporations couldn’t use eminent domain to seize perfectly fine private property.  As we demonstrate in Doomsday, No Way: Economic Development and Post-Kelo Eminent Domain Reform, that’s false—and yesterday’s vote demonstrates that Mississippians recognize that, even if Barbour refuses to.”

This was the third attempt to reform Mississippi’s eminent domain laws.  A lawsuit was filed earlier this year to keep Mississippians from voting on Initiative 31 but IJ and the Mississippi Farm Bureau worked to keep it on the ballot.

IJ filed an amicus brief in the Mississippi Supreme Court on behalf of the Southern Christian Leadership Conference – Jackson Chapter and the Mississippi Chapter of the National Federation of Independent Business.  In a September 2011 ruling the Supreme Court allowed the initiative to remain on the ballot but said it could be challenged if enacted.

“Voters in Mississippi spoke loud and clear:   The government does not have the power to take their property and give it to a private developer,” said IJ President and General Counsel Chip Mellor.  “Mississippi can finally be added to the list of states that have reformed their laws to provide better protections for property owners against government abuse.”
Posted by Mitchell Langbert at 10:45 PM 1 comment:

Leonard Pitts, Jr. writes a spin piece in today's Seattle Times (h/t Adam Schmidt on Facebook).  Pitts  argues that African Americans would be insane to support conservatives because conservatives have always been anti-Black.

Pitts illustrates the historical ignorance that characterizes the American left and its pitiful media. Social conservatives in New England were the leaders of the abolitionist movement.  For example, John Brown's father was associated with Oberlin College, where Charles Finney, leader of the Second Great Awakening, was president. Oberlin, a Calvinist Presbyterian School, was the first college to admit African Americans in 1835.  Wikipedia writes of Charles Finney:

In addition to becoming a popular Christian evangelist, Finney was involved with the abolitionist movement and frequently denounced slavery from the pulpit. In 1835, he moved to Ohio where he became a professor and later president of Oberlin College from 1851 to 1866. Oberlin became active early in the movement to end slavery and was among the first American colleges to co-educate blacks and women with white men.[8]

Pitts is also wrong because, later in the 19th century, the Mugwumps, who tended to support laissez faire as well as reforms such as the Pendleton Act, tended not to be anti-Black. They were the post-bellum Republican elitists during the period of carpetbaggers and Reconstruction.  During Reconstruction, the Ku Klux Klan's first victims were African American Republicans.  George Wallace, the leader of 1960s racism, was a Democrat and a supporter of Franklin D. Roosevelt.

As Pitts points out, the worst racists were Democrats. Although Pitts calls them conservatives, the racist Democrats voted for Democrat Franklin D. Roosevelt just as the northerners did. Pitts's argument is circular:  racism is conservative, therefore, conservatives are racists.  But the advocates of limited government were not necessarily more racist than the supporters of big government and big business--the GOP.  On the one hand, it is true that Andrew Jackson, the founder of today's Democratic Party, was a racist and that his Supreme Court Chief Justice Taney was responsible for the Dred Scott decision.  But the New York labor unions were probably more anti-African American than Jackson was.  That The Miami Herald's syndicated columnist Pitts is apparently unfamiliar with the Draft Riots and organized labor's sympathy for the South during the Civil War is an embarrassment to the pathetic legacy of American journalism.


Pitts's argument is tautological:  racists are conservative, therefore conservatives never stood up for blacks.  In fact, the first “conservatives” might be said to have been the pro-laissez faire Mugwumps, who favored the gold standard, opposed tariffs, and favored limited government.   The founder of The Nation, EL Godkin, was not overly supportive of African Americans, but he was no racist.  The Republican Party in the late 19th century was a big government, pro business party, and mostly laissez faire (at least in words).

At the same time, the Progressives, especially Woodrow Wilson, were frequently overt racists.  Eugenics was a significant facet of Progressivism, and as C. Vann Woodward points out in The Strange Career of Jim Crow, Jim Crow exploded during the Progressive era, not the Gilded Age, which was characterized by policies and leadership that conservatives support today.

One source of Pitts's confusion (besides being due to an ideologically extremist university and educational system that indoctrinates in left wing groupthink rather than educates, leaving people like Pitts ignorant) is that popular lingo confuses laissez faire with conservatism and social democracy or socialism with liberalism. Thus, the Wikipedia article calls Charles Finney "progressive," but he would be considered a social conservative today.

On the one hand, the first big government socialist president in American politics was Theodore Roosevelt, and he was not a racist. On the other hand, the first president who was a conservative (defined in opposition to the first "liberal," Roosevelt) was William Howard Taft, and he wasn’t a racist either.  Roosevelt backed Taft before he learned that Taft would not support regulatory solutions to the trust issue—that he would instead support a litigated settlement in the Standard Oil case.  The Taft Supreme Court (Taft was the only president to later become Chief Justice) was  conservative.  Roosevelt ran against Taft in 1912, electing racist-cum-Progressive Woodrow Wilson in Taft’s place.  Wilson began the American socialist project by pushing through the income tax and the Federal Reserve Bank the following year, 1913.  He also implemented Jim Crow in Washington, DC.

Princeton, of which Wilson had been president, has been well known as the most anti-Semitic of the Ivy League universities.   Here is what Wikipedia says about Taft:

Taft met with and publicly endorsed Booker T. Washington's program for uplifting the black race, advising them to stay out of politics at the time and emphasize education and entrepreneurship. A supporter of free immigration, Taft vetoed a law passed by Congress and supported by labor unions that would have restricted unskilled laborers by imposing a literacy test.[63]

Moreover, the Southern Democrats, the racists,  repeatedly supported left-wing Democrats. They voted for Woodrow Wilson, Franklin D. Roosevelt, and Adlai Stevenson.  It was not until the 1960s that racism and the Republican Party crossed paths.  By then, both parties had become advocates of Progressivism and supporters of the Roosevelt/Rockefeller agenda. In 1944, the entire Jim Crow South voted for the paragon of American socialism, Franklin D. Roosevelt.  Alabama, for example, the state remembered for Rosa Parks and the Montgomery boycott of the 1950s, voted 81% for FDR.  In 1952 and 1956, the most social democratic candidate between FDR and BHO was Adlai Stevenson.  In 1956, the ONLY states in which Stevenson won were the Jim Crow states:   Missouri, Arkansas, Mississippi, Alabama, Georgia, South Carolina, and North Carolina.

So Mr. Pitts, you're a doody head.

Posted by Mitchell Langbert at 11:47 PM No comments:

A Society Whose Citizens Refuse to See and Investigate...


Posted by Mitchell Langbert at 1:17 AM No comments: